Narrative on the Plake family history

"The name Plake originated from Mathias Plake who was the grandfather of John W. Plake, his brothers and sisters, all of whom were born in Indiana, and were the children of William Plake and Sarah Stucker, -- named in order of birth, Dave, Melvina, John, Ann, Steve, Sylvester, Genar, Frank and Jane (twins) and Allen. Mathias Plake was of German, English and French nationality, his father was a German bearing the name of Plackenstauffer. He was probably born in France, his mother being French and English, who came with him to America, settling near New Orleans while the Louisiana territory was a possession of France. As the locality in which they resided was mostly of French people they went by the name of Plaquemenne, which (supposedly) is the equivalent of the German Plackenstauffer name. He was a civil engineer or surveyor and did much surveying in the Louisianna [sic] territory. He was married several times and was the father of 22 children. Two of his sons John and William (full brothers) were among the oldest of his children by his first or second wife, who was of English descent.

"The brothers John and William left home after the death of their mother, immigrating to the American settlements in Kentucky, where the Plaquemenne family followed, all moving afterward to southern Indiana, where the name was Americanized and shortened to Plaque or Plake. While in Kentucky William married Sarah Stucker, who was of Swiss and Irish descent, and American born, her parents being among the early settlers of Kentucky.

"About 1874 John and William Plake moved with their families to eastern Kansas where William purchased a homestead a mile or two north of Richter, and John locating in the vicinity of Lane.

"John W. Plake, son of William Plake, married Josephine Killbuck (nee Wilcoxin) the young widow of Moses Killbuck, in 1874. The issue of this marriage were five sons and one daughter, named in order of birth, -- James, John, Sabella Ellen (Nellie) William, Charles and Arthur. Josephine Plake was the daughter of Guise Wilcoxin and Sabella Elliott, (nee Caleb). Wilcoxin was a Scotchman, an employ [sic] of Elliott who was a trader among the Delaware Indians in Wyandotte County, Kansas, and married Elliotts [sic] widow. Sabella, mother of Josephine, was of French and Indian descent, and was born about 1809 in what was then known as the north-west territory (Ohio Valley). Her father was a Frenchman named Caleb, a trader who lived among and married a woman of the Mohican Indian tribe, who had been moved by treaty with the Government from the "six nations" in New York.

"The Mohican tribe was originally from Ontario Province, Canada, and was the Wolf clan of the Algonquin family of Indians. During the French and Indian wars the Mohicans became involved on the side of the English, and were almost constantly in conflict with the Hurons (Wyandottes, Ottawas, and Peorias). Other Algonquin tribes were also on the side of the American colonies, but were further south in Pennsylvania, Delaware and in the Ohio Valley. The Mohicans being out of contact with their kinsmen bore the brunt of the fighting with the Hurons, and their number became greatly decimated. For refuge they joined the six nations of Iroquos [sic] who had maintained neutrality between the French and English. However, a small remnant of the Mohicans continued warfare with the Hurons, and of these Chingagook and his son Uncas were characters of Cooper's novel "The Last of the Mohicans"

"On their removal to the Ohio Valley the Mohicans, under the leadership of White Eyes, became known as Munsees, and were so named in the treaty with the Government. To their new home in Ohio came David Zeisbarger [sic], a Moravian missionary to teach them the Christian religion. Charles Killbuck, who had became their leader upon the death of White Eyes urged his tribesmen to accept the teachings of Zeisbarger and they helped him establish his mission, which he named "Westfield," despite the opposition and warnings of neigboring [sic] tribes that nothing good would come to them of it.

"The Government had made treaties with other tribes of the Algonquin family of Indians promising them undisturbed possession of this rich valley "as long as waters run and grasses grow," an expression to be incorporated in many Indian treaties thereafter. Under this enticement the various Algonquin tribes readily accepted, and trusting in the promises of Government officials the Indians hoped for and planned the establishment of an Indian state, believing that as friends of the new Government they would eventually become a part of the Union.

"The constant movement of new settlers to the west brought encroachment and conflict, in which the Munsees and many of the Delawares took no part. Established settlements in western Pennsylvania came under almost constant haressment [sic] from Indian raids and their resentment was applied against no particular tribe, least of all to the guilty. To them Indians were Indians. A party of "bush whackers' known as the Paxton boys decided to seek vengance [sic] against the Indians in Ohio. Coming to Westfield Mission they induced the Munsees to gather in their church to discuss matters with them. These guiltless Christian Indians trustfully accepted the suggestion thinking that only good could come from a friendly meeting with the white men, tho [sic] they were armed. When the small church had filled with Indians the Paxtons stationed men at the windows and doors, and set fire to the church. The Indians in panic sought to escape, and those who were not shot perished by fire, in all 96 trustful Indians. Thus has American history become burdened with the Gnadenhutten massacre, best recorded in Helen Hunt Jackson's "A Century of Dishonor."

"The survivors of this massacre, mostly old men, women and children, fled from the scene. Gathering the members of their tribe they no longer desired to remain in the midst of conflict, and started on a long journey to their old home in Ontario, subsisting on the meager provisions they could carry and on wild game. During their exodus they were caught in a severe blizzard. To keep from freezing they tunneled for shelter into a large snow drift. It was early spring, and being out of provisions, they supplemented the meat of wild game with milkweed.

"Their stay was not long in Canada. The U.S. Government brought them back and took them to Wisconsin, placing them in the Minominee Reservation. Here they were discontented and expressed a desire to join the Delawares in Kansas. The Govt. permitted their removal, and they lived among the Delawares in Wyandotte County, Kansas, until the removal of that tribe to Indian Territory, when they found themselves homeless again. They wanted to remain in Kansas, in a civilized community, and arranged with the small band of Swan River Chippewas in Franklin County to share their Reservation in return for an interest in a $65,000 fund held in trust by the Govt. Here they built a new church and asked the Moravian's [sic] to send them a missionary, who came in the person of Joseph Romig. Romig served them for many years, and all the Munsees and Chippewas became members of the church, and the mission was named New Westfield. By an act of Congress these tribes became full fledged citizens of the United States in 1902 and were disbanded."

(John V. Plake wrote his narrative for his niece in the 1920s. Linda Plake Sparlin and Patricia Plake Keeney transcribed it, from photocopy of the handwritten original.) 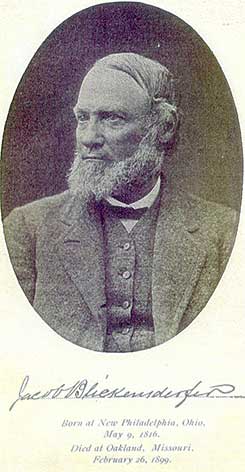 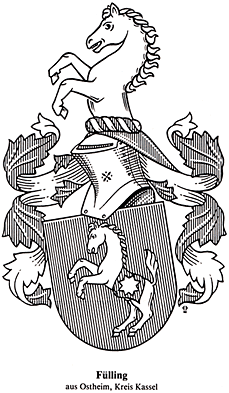